✕
We hope our members, speakers, sponsors and delegates are in good health and remain safe during these challenging times. After careful discussion and consideration of all government procedures currently in place and likely to be in place for some time, we have decided to postpone the 4th of June Forum "ESG Challenges and Opportunities in the Mining Sector" to the 23rd September. Continue to site
View the Slides

View the Slides > Watch the Talk >

Randeep Grewal is Chairman and Chief Executive of Green Dragon Gas Ltd. He also acts as Chairman and Chief Executive Officer of several Greka entities, having founded the business of the Greka Group in 1997. Mr. Grewal also fills the same roles at all his private family estate companies. From April 1997 to September 1997, Mr. Grewal served as Chairman and Chief Executive Officer for Horizontal Ventures, Inc., oil and gas horizontal drilling technology company that became a subsidiary of Greka in September 1997. From 1993 to 1996, Mr. Grewal was Corporate Vice President for the Rada Group with principal responsibility for its global expansion and diversification to a commercial organisation from its defence roots and operations. He has also been involved in various joint ventures, acquisitions, mergers and reorganisations since 1986 in the United States, Europe and the Far East with a range of businesses. Mr. Grewal has a BSc in Mechanical Engineering from Northrop University.

Green Dragon Gas is a leading independent gas producer with operations in China and is listed on the main market of the London Stock Exchange (LSE: GDG). The Company has 549Bcf of 2P reserves and 2,379Bcf of 3P reserves across eight production blocks covering over 7,566km² of licence area in the Shanxi, Jiangxi, Anhui and Guizhou provinces. It holds six Production Sharing Agreements with strong, highly capitalised Chinese partners including CUCBM (CNOOC), CNPC and PetroChina, and has infrastructure in place to support multiple routes to monetise gas production. 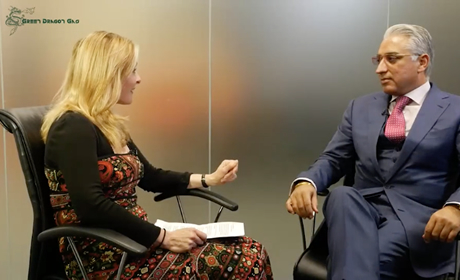 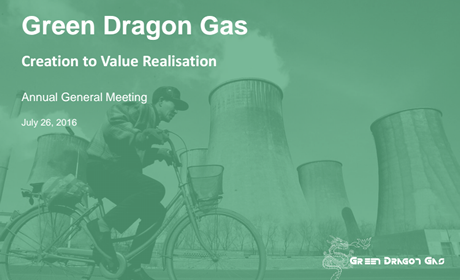